There are a growing number of organizations dedicated to training service dogs to help those suffering from PTSD, particularly veterans. In fact, dogs have been proven so effective at helping combat anxiety, stress, and depression, the government provides funding to these groups. 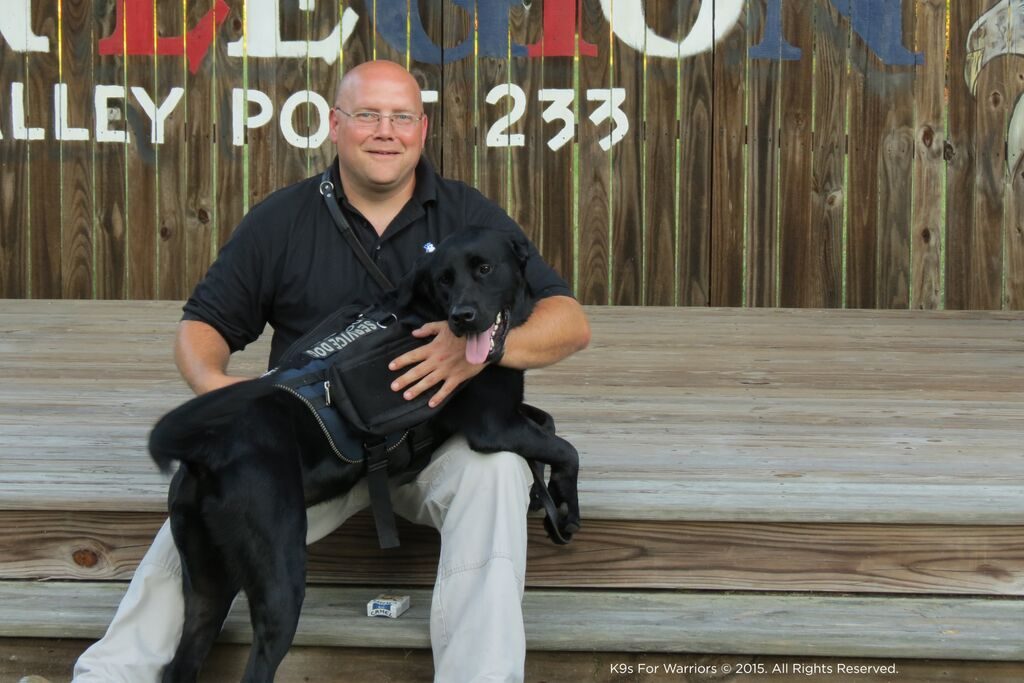 MATT AND HIS DOG DOZER FROM K9 FOR WARRIORS.

K9s For Warriors is a little different. The program was founded by Shari Duval, the mother of former K9 police officer and Iraqi combat veteran Brett Simon, who returned from two tours of duty with PTSD. They accept no government funding, relying instead on the generosity of donors, and there are no out-of-pocket costs for participants for the 21-day program or for their service animal. In their first year, they wanted to help a dozen service members a year—now with expanded facilities, they serve nearly 200.

Matt Masingill is the Lead Warrior Trainer for K9s For Warriors. He came to the group first as a participant, and with a bit of hesitation.

“I was skeptical, but my wife thought it was a good idea, so I came,” Masingill says.

“It is a life-altering experience. The dog is just there for you; there’s no judgment, no negative feedback.”

“Like so many other vets, I went to the VA and they thought drugs were the option,” Masingill explains. “It wasn’t helping or mitigating my symptoms, it was just masking them. I didn’t leave my house—I just suffered from a lot of anger and paranoia.”

But all that changed less than a year after being paired with his service dog, Dozer.

“In the first 270 days, I had 248 violent nightmares,” Masingill recalls. “Dozer woke me from 228 of them, which allowed me to get out of the miserable sleep pattern I was in, and get off the sleep and depression medications.”

Now, he’s helping other warriors. The organization rescues dogs they think will be good service animals, most of them with no time left at the shelter, and trains the dogs to recognize the signs of a panic attack, helping calm their veteran and get them on the road to recovery.

“Rescue a dog to save a vet, that’s how I see it,” Masingill says.

For Masingill, the job has become another form of treatment.

“I still fight [the anger] everyday, but K9s is perpetual therapy,” he explains. “We just want to spread the word.”

K9s For Warriors also helps people with Traumatic Brain Injury (TBI). They do have a waiting list but encourage anyone who needs help to inquire and apply online.